Historical Minis Dot Com is an online magazine devoted to the interest in historical miniature wargaming. We encourage our writers to bring forth articles on all aspects of historical miniature wargaming. We host how-to articles on terrain, modeling and army building. We feature reviews and previews of games, models, figures and accessories that gamers will find interesting and useful. 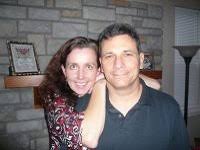 Dr. Michael Koznarsky (Managing Editor): Michael is a US Army Officer, physician and a member of the HMGS Legion of Honor. He has been writing in the gaming world for quite some time, being a Contributing Editor for Historical Miniature Gaming Magazine, and Editor of HMGS Pacific Northwest’s Citadel Magazine. He’s a partner in Company B Miniatures and one of the best painters and terrain makers in the land.

Don Perrin (Publisher): Don has been miniatures gaming since he realized that his plastic tank collection could be used for more than just displaying! He’s been in the gaming industry since 1994, and has been a fixture at HMGS conventions for some time now, currently serving as the Adjutant for the HMGS Legion of Honor. He is the owner of MWAN and The Courier Magazines (purchased from their original owners) and Historical Miniature Gamer Magazine (which he edited and published for some time). He served with the Canadian Army as an Electrical & Mechanical Engineering Officer (RCEME) and graduated from the Royal Military College.

James Manto (Associate Editor): James started by designing Men at Arms, a medieval game that morphed into Blood & Chivalry, sold by Old Glory Miniatures. He’s been running the best Canadian historical miniatures convention (Hotlead: www.hotlead.ca) for two decades and going strong. He was the last editor of Historical Miniature Gamer Magazine. His interests are from Ancients to the future, and all points in between. He has a particular excitement for Colonials.

Pete’s wargame publications include Origins-Award-Nominee Santa Anna Rules! Warfare in Mexico 1820-1820 (with Buck Surdu) Volumes I and II, Plains War Campaigns 1876, Crazy Horse Rules!, multiple wargame periodical articles including The Courier, MWAN, and the cover article for the Wargames Illustrated Anniversary 300th Issue. Pete also owns SmallWarsPress.com and the Gamers International Newsletter, served several terms as Academy Chair for the Origins Awards, Dean of the Origins War College and received the HMGS Legion of Honor and 2013 Game Master of the Year Award.
As a military professional, Panzeri’s 30-year Regular Army career included service as a Drill Sergeant, 82nd Airborne Paratrooper, infantry company and battalion command assignments and six overseas deployments. His decorations include the Order of Saint Maurice, Bronze Star and Combat Infantryman’s Badge from his service in Iraq. He is a graduate of the US Army Command and General Staff College, earned a Bachelor’s Degree from Old Dominion University, in Virginia, and Masters of History at The Ohio State University. His Military teaching assignments include Chief of Military History at the US Army Infantry School, Tactics Chief at the Military Intelligence School, and three years assigned to the US Military Academy, West Point.