The Figures Arrive: Parte the Second

The Figures Arrive: Parte the Second

Well, actually before we ordered the figures, I looked around for some skirmish rules for the game. I liked Pete Berry’s Once Upon a Time in the West Country rules for the ECW and saw he had written some for Napoleonic skirmish gaming. Fortunately for me, On Military Matters, a book seller who seems to have a copy of everything, had a copy (the rules have been out of print for some time) of Once Upon a Time in the Western Peninsula. When the rules arrived, I was very disappointed – despite about a century and a half between the two periods, the rules were essentially the same. I anticipate an identical set of rules if played in Western Mars. Please do not get me wrong – I am sure they work….  I was just looking for something with more of a Napoleonic feel to it, not a rehash of a previously written set of rules for a completely different era.

After the figures were ordered but before they arrived, it dawned on me that I still knew nothing more than the bare basics about uniforms and colors. The first easy step was plagiarism – I will copy, pretty much hue for hue, the uniform colors painted by various people from the Perry site. It is not all that original but efficient. Next, I enlisted the help of a military colleague and expert, COL (ret) Bill Gray, the author of the Age of Eagles rules. On the promise that I stop calling him ‘Sir’ he agreed to help ‘translate’ the many unpainted figures/uniforms for the French. His input was invaluable and helped me focus my painting research.

Perry’s figures are beautifully sculpted with expressive poses. It is easy to imagine the feeling of coldness just looking at the figures, especially given much of the ragged nature of the French. Cleaning the figures, a necessary yet most hated task, was not too taxing as there is little flash on these figures. The metal is harder than most other figure lines which could make some cleaning more difficult but the advantage is the finer points of bayonets and poles/weapons should be more sturdy. A quirk of these figures are the multiple small projections that need to be cleaned off. Some can be easy to miss until the painting stage but, having done a little drop casting myself, I anticipate these were intended to assist with the overall excellent figure casts. Once the figures were cleaned they were primed in light gray, glued onto washers and based with Liquitex Resin Sand – once painted this would be topped off with Aleen’s True Snow. I did this for all the figures and got ready for the fun part – painting! 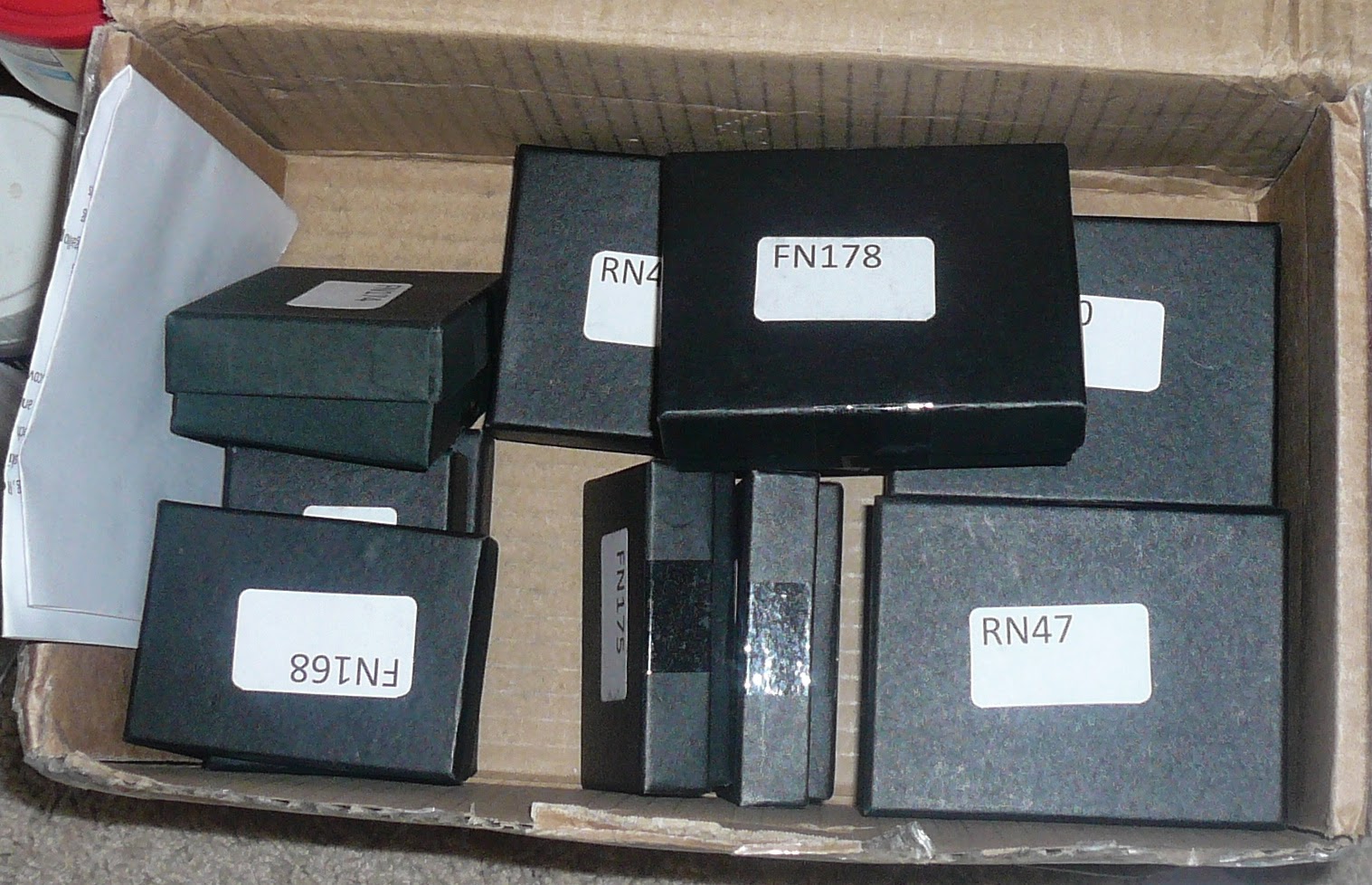 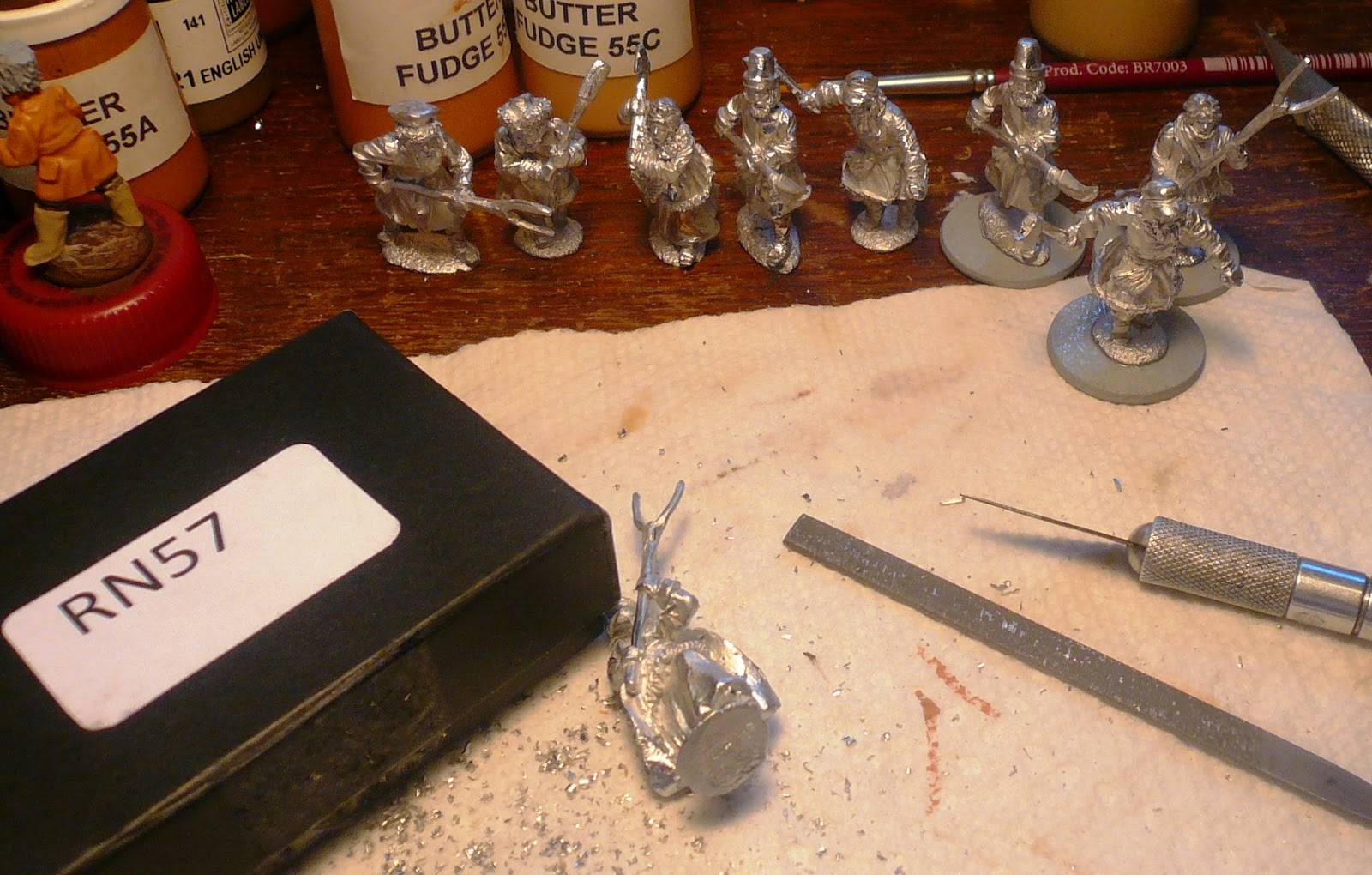 Cleaning and basing the figures.

One more aside – the Perry’s graciously donated several sets of figures to use as casualties. Anyone looking at paintings of this period will note all the jetsam and flotsam along the sides of the road of the retreating French. These figures will contribute to that detritus. Another small task for this project will be making a broken down wagon full of frozen men – look at the scene from the movie ‘The Duellists’ for an example of what I mean. Well, that is the plan anyway. Our pending military move to Colorado Springs in August may get in the way of completing this.

Print
Posted in: Games, Historical Information, How To