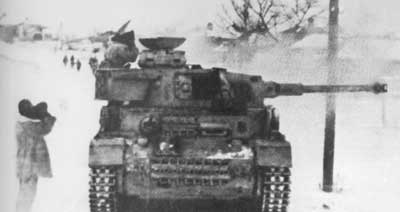 Let’s look at a battle that seems like it would be pretty easy to research and compile an accurate order of battle, for my example I’ll use Merit Edson’s defense of ‘Bloody Ridge’.  For the Marines, we know what regiments, battalions, batteries, companies and platoons participated.  Since Command Decision (from Test of Battle Games) is a platoon level game, we do not need exact counts. Close is good enough.  For the weapons in these units, we know the official tables of organization and equipment (TO&Es) which gets us close; yet for the first real quandary, weapons, particularly automatic weapons, just how many did the Marines have?  Once again, in  Command Decision, the exact number is not necessary, just a count within a couple machine guns will be sufficient.  Since we know the TO&E, we can be confident of the machine gun count or can we?  Just before Edson’s Raider battalion was sent to ‘Bloody Ridge’ it had gone on a very successful raid.  This raid destroyed tons of supplies and equipment in addition the Raiders’ capture and return of some captured Japanese machine guns.  We kind of have an official account but knowing Marines, just how many of these machine guns were quietly and unofficially added to some of the squads?  If it is one or two, this is probably not going to change our outcome in Command Decision, but since the official history is vague, did the Marines perform any improvised appropriations. To summarize, our Marine order of battle could be a little shaky.  Is it still “Historical”?

Next, the Japanese problems; once again we know the official order of battle and we know Japanese TO&Es. Not to repeat myself, but if it was only that simple.  The Japanese had made a tortuous march up hills, down ravines and through thick, bug infested jungle.  Everything was carried or hauled by hand, including guns, ammunition and other supplies.  How much of this ‘stuff’ got to the assembly areas?  I don’t pretend to know and there is little actual speculation that can be translated into Command Decision terms.  Wait, it gets more interesting.  There are many leftover stragglers from Ichkiee’s force and still more from the initial garrison, how do we count these?

Yes, I can do the Battle of ‘Bloody Ridge’.  The game will be inspired by historical events and facts but about as much as I can guarantee is 85% accuracy.  Is 85% accuracy close enough to call it a historical scenario?  If it is, I will not bore you with speculation on what would Vandergrift done with his reserves if the Japanese would have broken through?

One of my more requested scenarios is called ‘Road to Kharkov’.  It make no pretense about being historical. Instead, it is a general representation of battles in the former Soviet Union that takes place sometime in the spring or summer of 1942.  For the Soviets, this scenario has a composite tank brigade, a rifle regiment, a cavalry regiment, an artillery battalion and a reinforcing tank brigade.  The Germans have a Panzer Kampfgroup with all the weapons needed for a self sufficient regiment.  In my opinion, what make this game interesting is that the orders of battle are believable and both sides have to make hard choices. The game usually ends close.  This game has no official map: it need a river, some woods, a few built up areas and some hills and rises.  Now I must ask, is this game less desirable because it is not historical?  Are the challenges it presents diminished because it is not ‘historical’?

I’ve given two examples at the extremes of historical scenarios design. Next, I’ll talk about something in the middle.  For this example, I’ll be a little vague about the exact scenario to protect the innocent.  What if you have a historical event that is, for you, very interesting and you want to design a scenario around this battle. The only problem is that the historical outcome was very lopsided.  To balance this scenario, you add units that did not appear at this battle but were nearby and could have been there or were on there way and got diverted.  Also, you remove units that were there but should not have been there if their orders had not been garbled.  Once you did your adjustments, the scenario is still not balanced, so you adjust the victory conditions.  After you have done all of this, you end up with a great scenario.  Is this scenario Historical?  Of course, I don’t care but what do you think?

2 Comments on "Is It Historical?"