Once all the figures I had been cleaned and based, it was time to start painting. I started off with small, easy steps first – I pulled out the Russian civilians first because I figured any colors I used would be reasonable. I had purchased three units of six figures and painted one in a brown scheme, another in shades of blue and the last in brighter colors for a change of pace. Perhaps they were the richer of the local serfs?

Before starting on the French, I took the information Bill Gray gave me and went to the first, best source of information related historical uniforms: Osprey Publishing. If they do not publish a book on the period you are researching, then you do not need it! Well, they have a LOT of books to reference for this period; I got 25 different Men-At-Arms, Warrior and Essential Histories books and used them to figure out what colors I wanted to use based upon the information Bill gave me. 25 books x 8 color plates x 3-4 uniforms per page is a lot to go through but, after a bit, I was able to pick a selection of uniforms to give a wide range of color schemes.

I had the basics but, even still, I was very intimidated by the task at hand. I inhaled deeply and took the plunge, picking a random set of French figures. Have you ever fretted over dealing with something so much that you could not bring yourself to start only to find that, once started, the project was much easier and less daunting than anticipated? This is exactly what happened here. While having uniform research was extremely helpful, I quickly realized that most of the figures were covered with blankets, rugs and scarves obscuring most of the uniforms! With very little of the actual uniforms showing on many of the figures, painting these figures was a breeze. Painting the remaining figures went more smoothly than expected because of the research I was able to do; I was even able to pick some more unique uniform colors after having reviewed all those Osprey uniform plates! 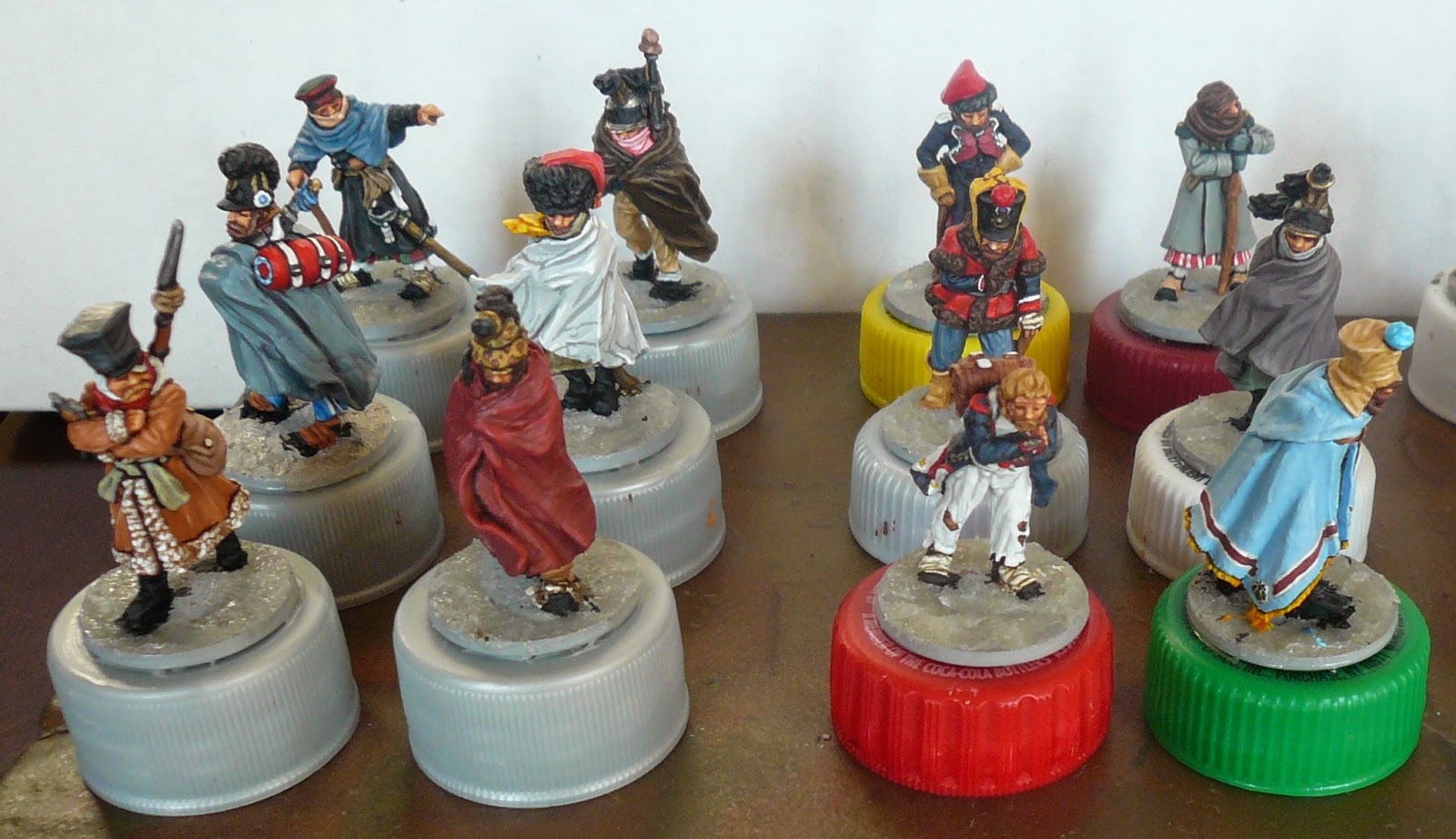 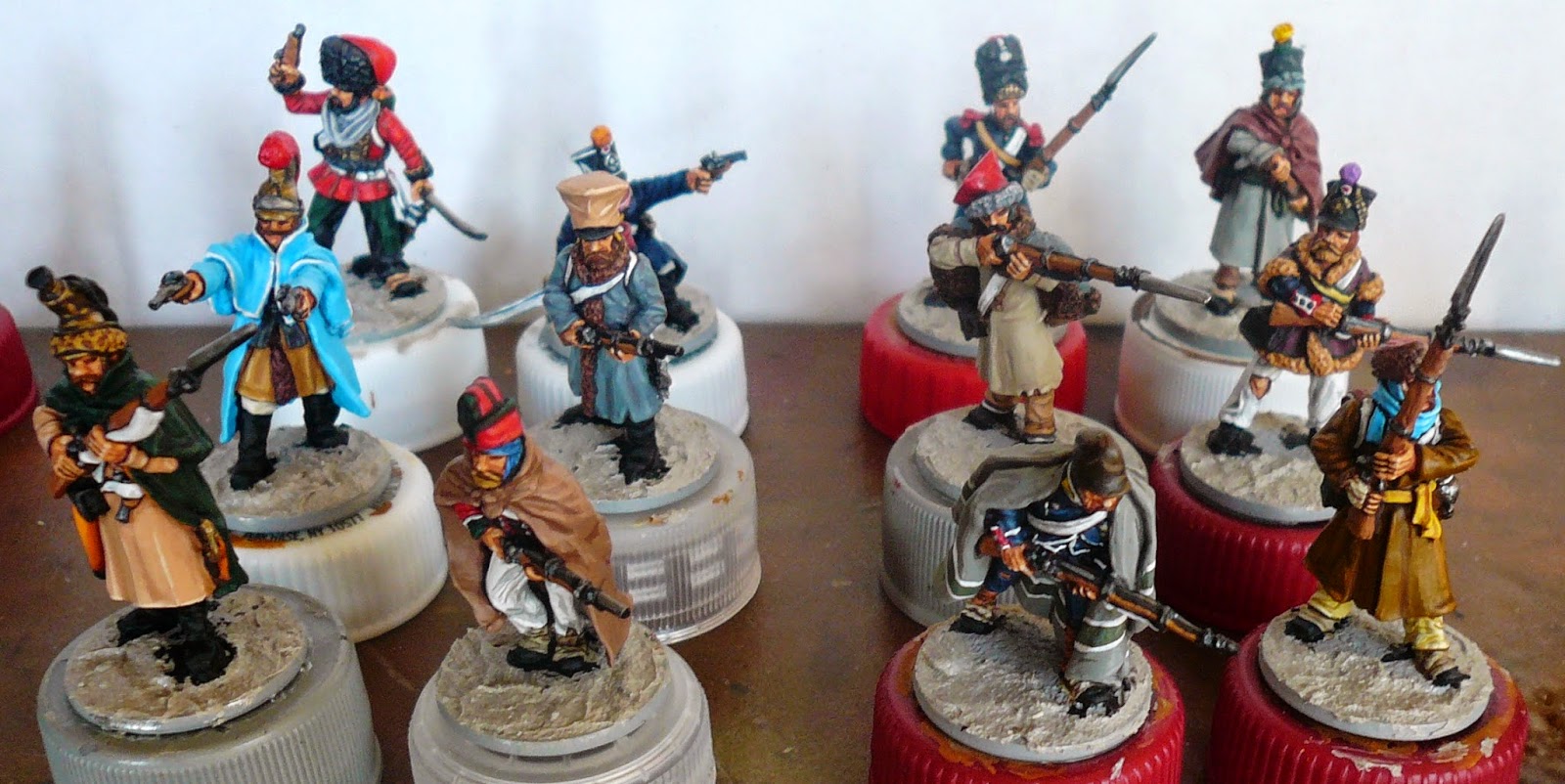 I also got information on the Cossacks/Russian horse from Michael Medin from Studio Siberia. He makes some very beautiful sculpts for a variety of periods to include the 1920 Polish-Bolshevik War but that is another topic for another article. He sent color plates and historical information that included tidbits of data not available in US/UK sources.

At the time I am writing this article, I have not completed these figures. Some are missing their lances and most need to be based. Here is a comparison picture of my initial thoughts of using a gray/white scheme with Liquitex Resin Sand vs. a final top coat with Aleene’s True Snow. I think the True Snow looks like what my mind’s eye thinks of when imagining deep, freezing cold snow. 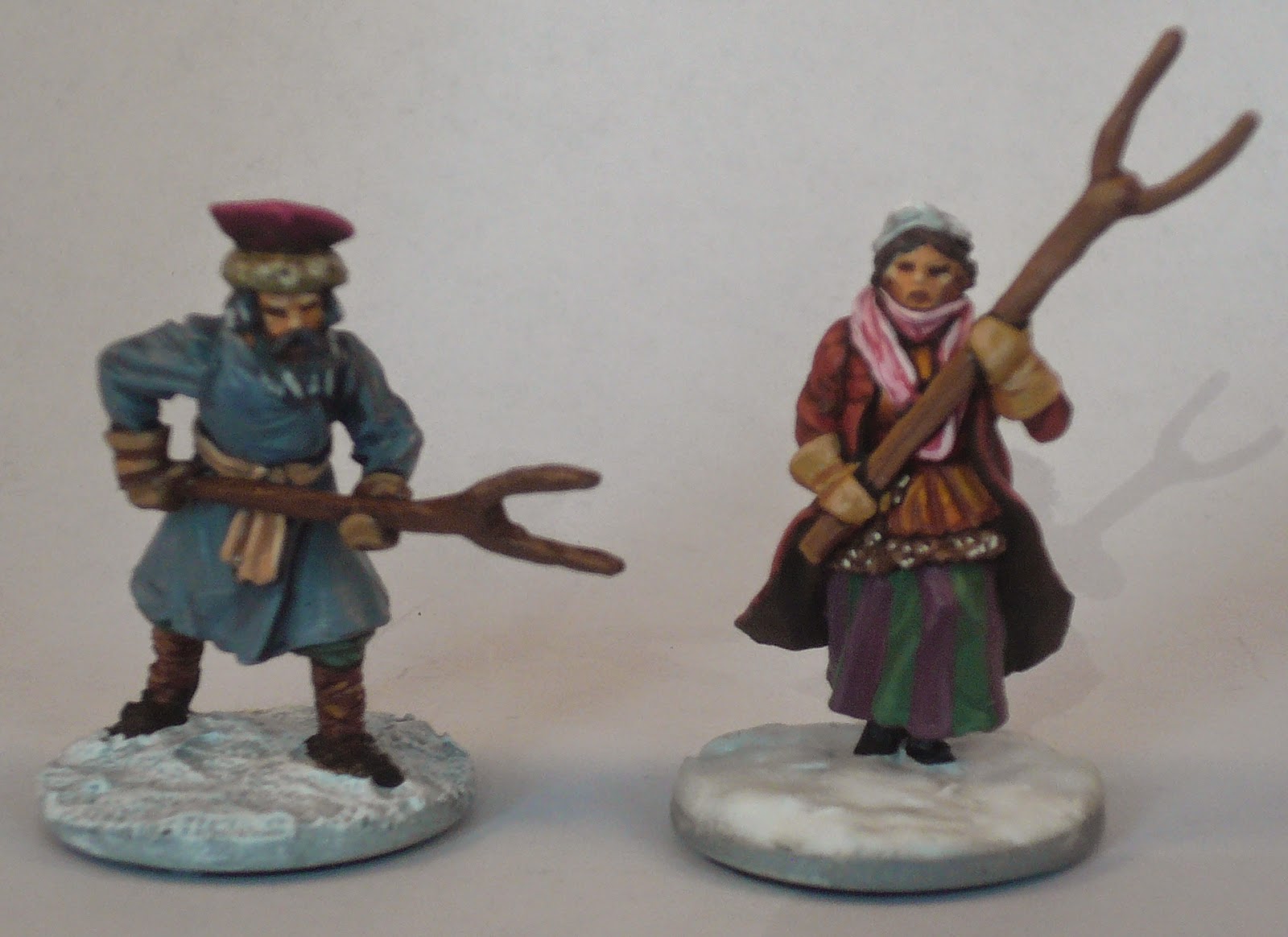 Finally, I found a neat figure of the “bravest of the brave” Marshal Ney. This is available from Eureka Miniatures on a request basis. A very cool, “gotta have” figure! 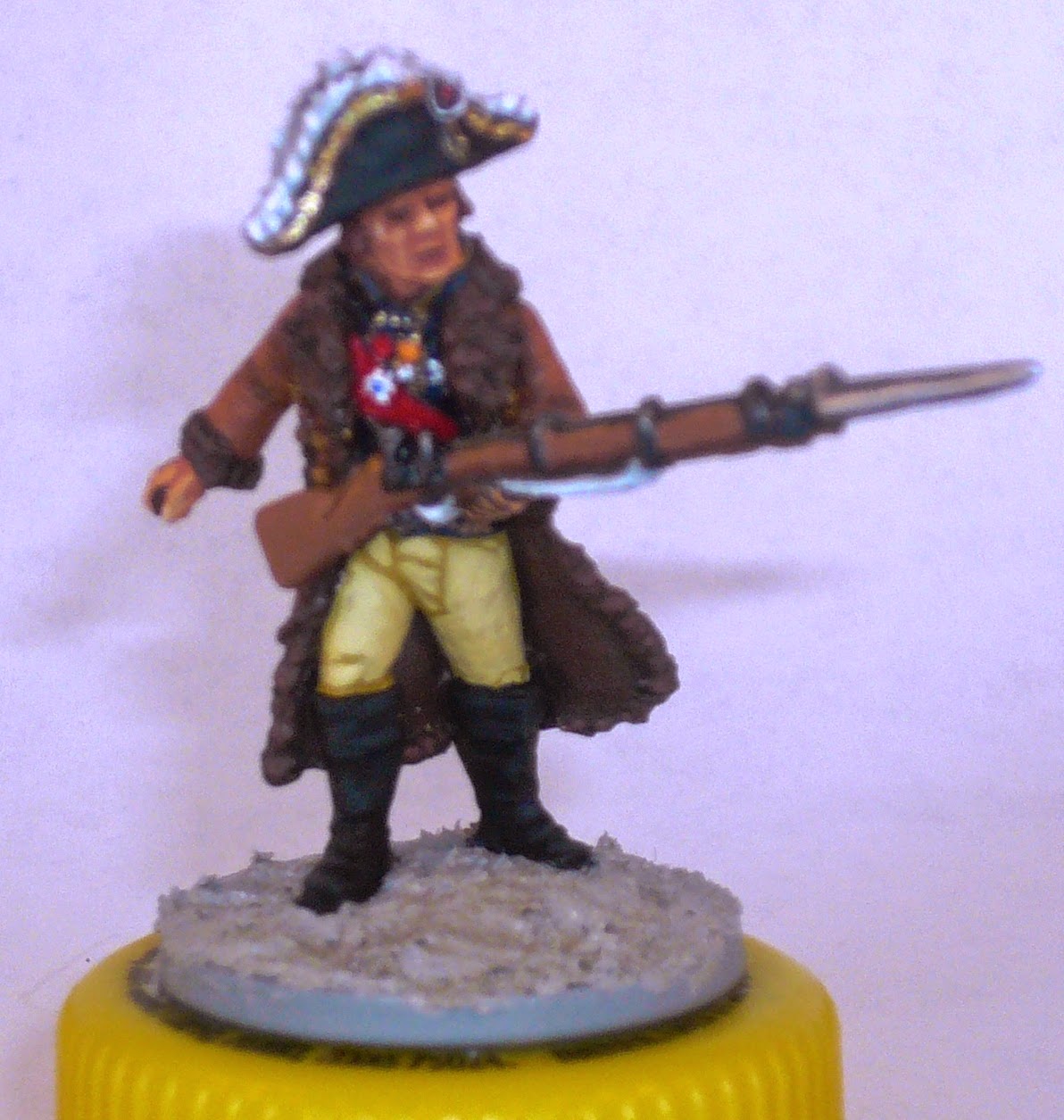 The last Frenchman on Russian soil

The figures were coming together nicely. Two more things needed to get done – battlefield extras like dead/wounded, broken down carts, wagons, guns and other detritus and the rules. The latter ended up being a significantly more difficult challenge, following much gnashing of teeth and pulling of hair.

Print
Posted in: Games, Historical Information, How To, Painting